How the game works 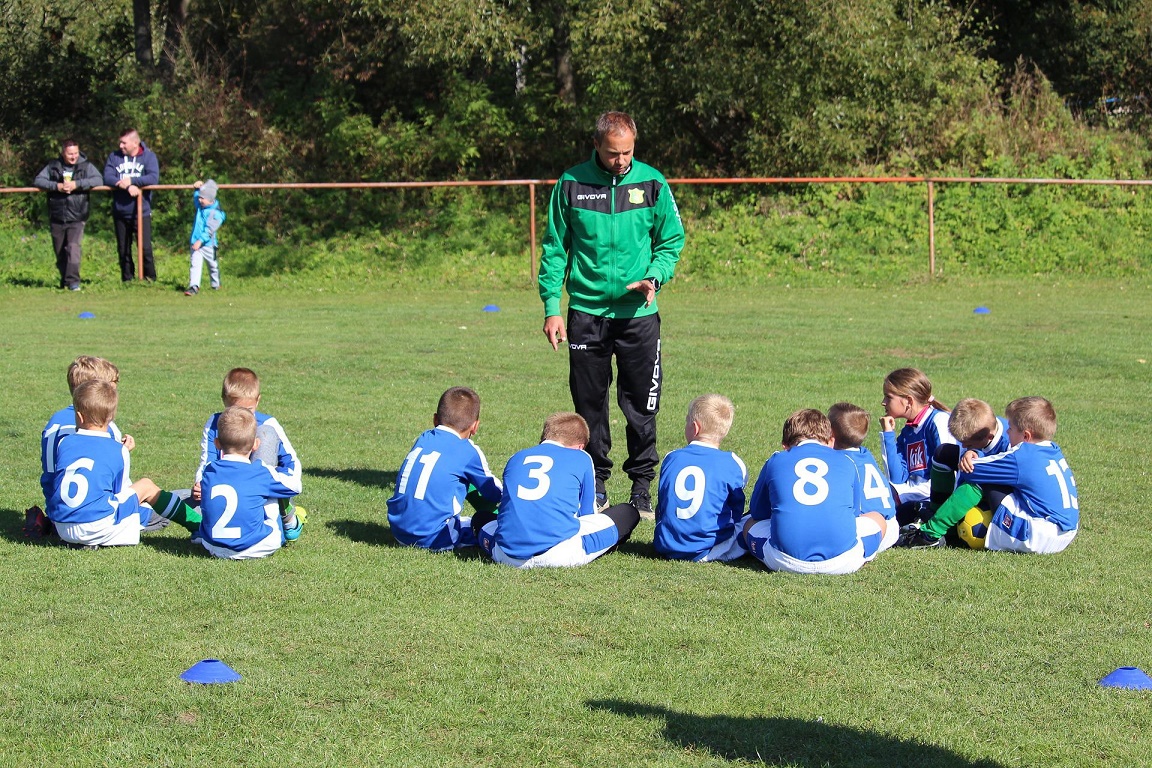 Number of participants in each BULLDOG GAME: max. 30 young athletes

Each participant must have a smartphone and download the BULLDOG app in his/her language version: EN, EL, RO, IT, PT, SK.

Duration: Max. 60 min (20 min for every Part of our Mobile App). If the age group is very young, the teachers/coaches may decide to divide the digital sessions into two days.

The game starts as follows:

PART 1:
1) The user (teen athlete) must answer short questions with close multiple choice answers based on an Assessment test format using an illustrated and attractive background and layout skin.
The test will include:

PART 2:
Educational Role playing Game: The user/ athlete will learn how to react towards various stressful incidents of bullying and intolerant behaviour that may occur in the sports fields.
Several bullying, violence, discrimination, racism incidents in team sports will be presented in the form of role playing scenarios. Each time, the user will have to play a different role: the role of the bullying victim (Red bulldog), the role of the bullied (Black bulldog) or the role of the bystander (Blue bulldog). The user will have to select their defense line among two options and they will immediately get informed by the system if the choice was right or wrong.
The Educational Role playing Game aims to teach:
– the Red bulldog how to defend against bullying,
– the Blue bulldog how to change his role from a bystander to an upstander, (that is a person who sees what happens and intervenes, interrupts, or speaks up) to stop the bullying and encourage bullied victims become again active in team sports,
– the Black bulldog to understand how bullied victims feel when they are being bullied and what are the consequences of these actions (e.g. banned from the team etc.)

PART 3:
​Evaluation of knowledge received through a Self evaluation game/Post training knowledge assessment test
At the third part of the software, the user/athlete will test their knowledge received by choosing the correct steps to solve a hypothetical bullying- discrimination incident that takes place on the sports field. The realistic scenario will be elaborated with photos, graphics and, where possible, videos.
All stages of the incident will be described in multiple scenarios.
Eg. Where the incident begun (on the sports grounds, at the sports facilities etc.)
why it begun,
who was the victim,
who was the bully,
what the victim must do, (defence strategies)
how the other teammates reacted,
what was the role of the teacher/coach,
what was the role of the parents from both sides,
how the issue was resolved
how to prevent a new bullying assault.

The users who will select the correct steps and solve the bullying incident, thus receiving high scores more than 98%, will be given the Golden bulldog title.

The Golden bulldogs will become the role model athletes and leaders of smaller teams helping the coaches during the awareness raising sessions and anti-bullying sessions. Golden bulldogs will be mature athletes, who know how to behave in team sports, who are able to take the correct decisions and who can cooperate well with sports teachers and coaches to assist their work.
Golden bulldog will receive a T-Shirt with the project’s logo in golden colour.
​

a) a Personality test containing questions that will reveal the user’s feelings and secret thoughts towards his teammates, coaches and fans, their possible reaction towards bullying or teasing incidents, their level of self-confidence etc.

b) a Sociometrics test containing questions related to the social context in which bullying occurs. Five factors will be analysed: Victimization, Acceptance, Prosociality, Withdrawal, and Aggressiveness.
At the end of the test the user will have the option to share the Assessment test’s results with his coach. The results of the test won’t be available for the user. The user will only know that he/she successfully answered all questions of the test.

According to the Assessment tests results, the sports teachers/ coaches will obtain valuable information concerning the user/athlete and also some indicators that the user/athlete could belong to Red Bulldogs, Blue Bulldogs or Black Bulldogs.
a) red bulldog (vulnerable to bullying or already bullied victim),
b) blue bulldog (athlete with strong self-confidence than can learn to act as an upstander),
c) black bulldog (potential bully, or bully, intolerant behaviour).

Anti-bullying activities developed by our project will be 60 and the maximum recommended activities per day will be 6.

Every sports association, after receiving the results from the BULLDOG app, will proceed to anti-bullying activities in the sports fields.
Maximum duration of each activity: 15 min
Total activities per day: 6

The young athletes will be divided into smaller groups of maximum 10 athletes. Every group will include athletes from all Bulldog types, creating smaller teams including athletes with all types of behaviours (red, blue, black bulldogs).
Golden bulldogs will lead each group and assist the coaches in performing various anti-bullying activities. The activities will include:

a) The application of the developed pedagogical materials : (brainstorming questions, problem solving scenarios, story cards, info cards etc.)
b) Physical activities (e. g. moving around the sports fields according to given directions, following instructions, e. g. “All those that feel that have been bullied even once in your sports life kick the ball to the goal post” etc.)
At the end of all activities, athletes will be encouraged to write down bullying incidents they have experienced, seen, or behaviours that have made them feel uncomfortable and would like to talk about, and insert their paper in a ballot box.

BULLDOG games will also encourage the participation of parents , who will not only observe the games but will be motivated to participate in role-playing games.

Also, during BULLDOG’s last day, all participants (young athletes, teachers, coaches, parents) will have to fill out a short Materials Evaluation Form.


ORGANIZATION OF SUPPORT GROUPS: The athletes that worked as GOLDEN BULLDOGS in Bulldog games will form a Support group for every team. All team members that feel uncomfortable or stressed by a violent behaviour of another teammate but fear to report the incident to the sports teacher/coach or parent, may have the option to talk to the members of this Support group. The Golden Bulldogs will then be the mediators among victims and teachers/coaches and report such incidents to adults.